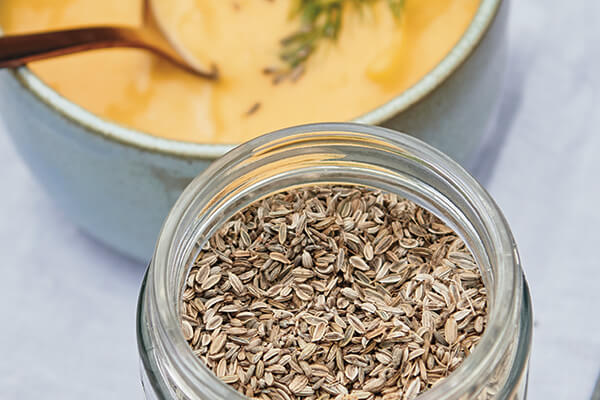 Wild fennel is harvested extensively all around the world. It is highly regarded in various cultures for its flavour and beneficial qualities. This is the same species as the fennel you find in the supermarket; however, the latter variety with its swollen bulb has been bred for mass cultivation.

Wild fennel is a master of adaptability, growing proficiently on disturbed land; for example, on the side of the road, on demolition sites or along train lines. It is essential to check whether the area to be harvested has been affected by local pollutants and run-off.

It is quite common to see elderly southern European migrants harvesting this plant from unkempt areas of suburbia. Wild fennel is the classic plant that a Greek yaya will make her family stop the car for, before proceeding to harvest it straight from the roadside. In fact, several sources here in Sydney have told me the same story about a yaya scolding her fully grown son, employed by the local council, for his part in allowing the local wild fennel colony to be cleared. Is it really that problematic if a corner of the park grows wild fennel? Let the wild plants be part of our landscape, helping to create care and connection.

Wild fennel is a green, leafy, perennial herb. It can grow up to 2.5 metres high and 1 metre across. Extensive plant colonies – ‘fennel forests’ – are often seen growing in the wild. The plant is very easy to identify, the key being the scent: unmistakeably aniseed.

Leaves and stalks (Fig. 1, ii)
The leaves have a fine, feathery appearance, and when crushed they also smell like aniseed. They range in length from 5 centimetres up to 20–30 centimetres and always envelop the stalk with a white ‘sleeve’. Wild fennel has ribbed stalks that become broader towards the base. Unlike the cultivated variety, this plant does not produce a sizeable bulb.

Flowers and seeds (Fig. 1, i)
Fennel will produce a vibrant display of yellow flower clusters (umbels) in summer, which turn green when transforming into seeds. The individual flowers are only a few millimetres wide, but the size of the umbels can range from a few centimetres to 20 centimetres across. It is quite common to spot dried-out, light-brown seeds on the plant, as they remain for months after forming. Wild fennel seeds can vary in flavour according to where the plant is growing. Some are sweet, while others can be bitter. Wild fennel is a great example of a plant that should be approached from a caretaker perspective. When you locate a cluster growing in good condition and yielding sweet greens and seeds, look after it, become its caretaker, and the colony will reward you with good-tasting produce forever more.

All parts of the wild fennel plant are completely edible, from the base to the seeds. Its leaves are best eaten when very young. I love to pull out the new shoots as they form at the nodes of the stalks, peel off the layers to get to the juicy core and enjoy a sweet, crunchy and so delicious wild treat. Older leaves can be used as a garnish or chopped up and cooked with other vegetables. The aromatic seeds are used as a flavouring in cakes, bread and stuffing mixes. They are commonly used in mukhwas, a colourful Indian snack served after a meal to freshen the mouth and aid digestion. They can also be sprouted and added to salads, brewed in refreshing and calming teas, or used as ingredients in cured meats such as Italian salami and sausages. Fennel pollen is prized by chefs as a garnish, fetching high prices in the hospitality industry. I mostly use the seeds, which I harvest in autumn/winter and preserve for use throughout the year. They make it into my pickles, soups (see a recipe below) and, occasionally, baked goods.

Fennel as medicine has a long history. Revered worldwide, it is most commonly used as a calming tea for complaints to do with the digestive system. Although the entire plant can be used in various remedies, the seeds are the most medicinally active part. Used as a tea, it is also a known remedy when infants are suffering with colic. I make a tea with the seeds when I, or my loved ones, suffer from indigestion. Lightly crush the seeds in a mortar to crack the casing, and then add a teaspoon of the crushed seeds to a teapot of boiling water. Let the tea rest for five minutes and serve tepid.

1. Place the pumpkin, onion and stock in a large pot and cover with enough water to just submerge all the pumpkin chunks.
2. Bring to the boil, then add the fennel seeds.
3. Simmer on low heat until the pumpkin is very soft.
4. Add sour cream, season with salt and pepper, then blend with a stick mixer.
5. Garnish with fresh fennel shoots or flowers if available. Store for up to 3 days in the fridge or freeze for up to 3 months in a sealed container.

This is an extract from Eat Weeds by Diego Bonetto. Recipe by Marnee Fox.