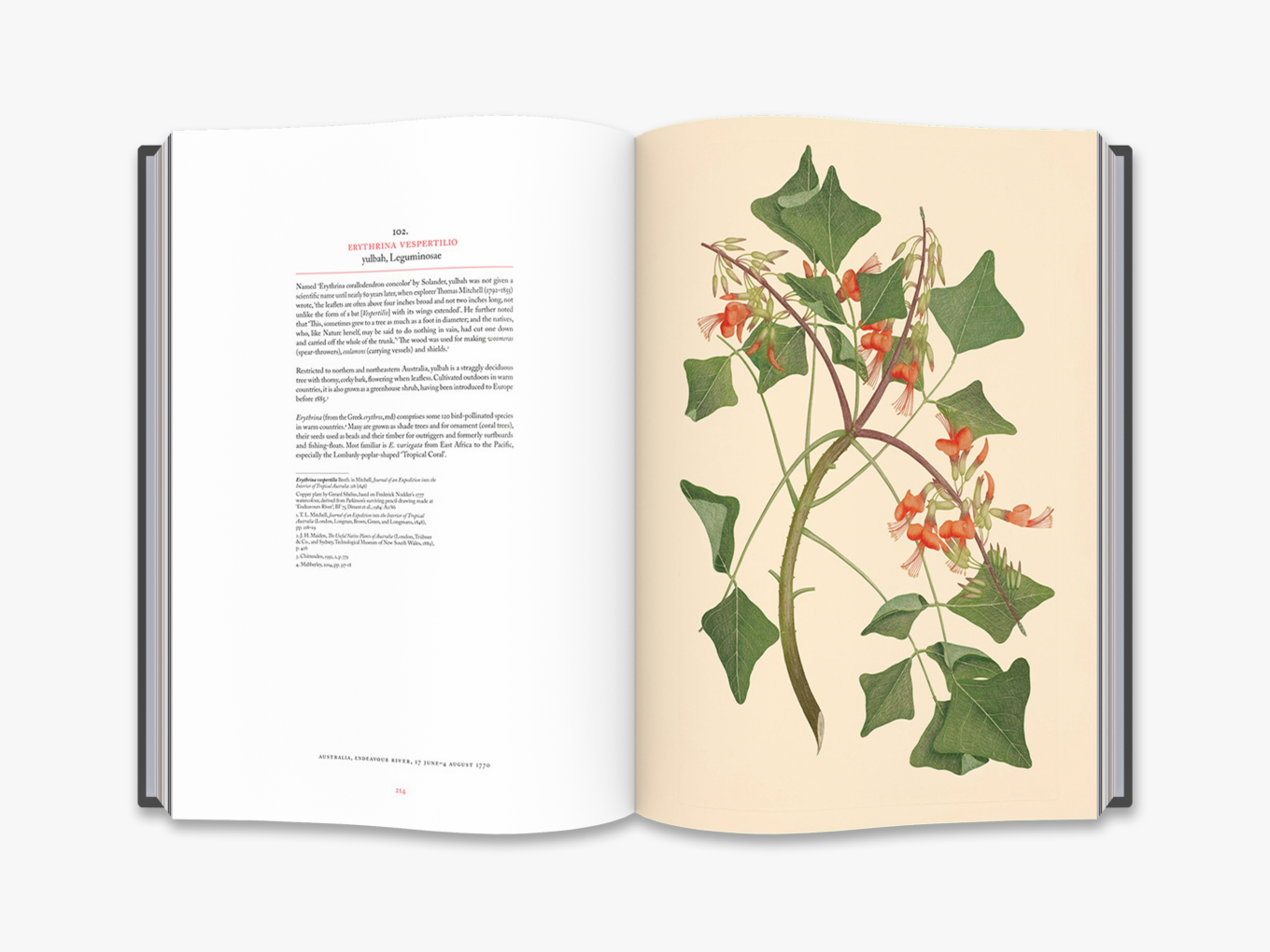 This is the first full-colour publication of some of the most extraordinary botanical prints of the 18th century. Banks’ Florilegium is not only a great scientific record, but also a major achievement of collaborative Enlightenment art, and a work of botanical illustration of outstanding beauty.

Joseph Banks accompanied James Cook on his first voyage around the world between 1768 and 1771. A gifted and wealthy young naturalist, Banks collected exotic flora from Madeira, Brazil, Tierra del Fuego, the South Pacific, New Zealand, Australia and Java, bringing back over 1,300 species hitherto unknown to science.

On his return, Banks commissioned over 700 superlative engravings as a scientific record. Known collectively as Banks’ Florilegium, they are some of the most precise and exquisite examples of botanical illustration ever made – yet they were never published in Banks’ lifetime.

The present selection has been made from a unique limited colour edition of the prints, with expert botanical commentaries provided by Professor David Mabberley. Mel Gooding describes the Endeavour voyage and the making of the Florilegium. An afterword by Joe Studholme outlines the history of the modern printing.

Mel Gooding is an art historian, writer and curator. He has taught at Edinburgh and Wimbledon Schools of Art, among others, and contributes regularly to the art press.

Professor David Mabberley has served as Executive Director of the Royal Botanic Gardens and Domain Trust in Sydney. He is an Emeritus Fellow at Wadham College, Oxford, Adjunct Professor at Macquarie University, Sydney, and Professor Extraordinary at the University of Leiden, The Netherlands.

Joe Studholme co-founded Editions Alecto and undertook the printing of Banks’ Florilegium from the original copper plates between 1980 and 1990.

‘Splendid … much to enjoy for the general reader’
Apollo

‘A stunning piece of history, art and botany in one’
The Field

Format:Hardback with tipped on colour plate to front board (without jacket)