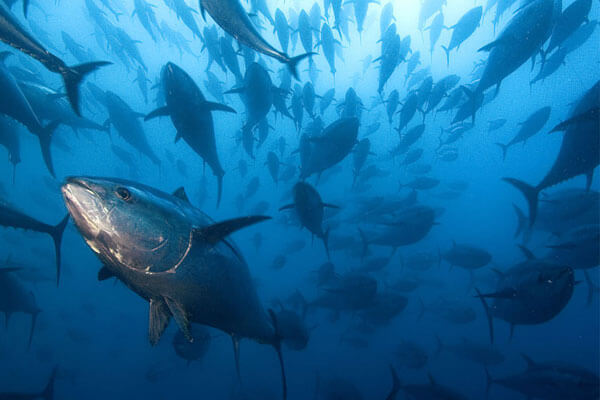 Humanity has reached a pivotal point in time. Human Nature brings together twelve of the world’s most influential photographers to show us why. With compassion and empathy, their extraordinary images and the stories behind them help us to understand what matters now for humanity and the planet.

Get to know the different photographers featured, some of their work from the book and their views on the Age of Anthropocene.

Brian Skerry is a photojournalist with a focus on underwater environments and marine wildlife and is a lecturer on exploration, photography and conservation. His work has been featured in many publications and he has produced over twenty-five stories for National Geographic magazine.

‘The decisions that we make today are going to determine the future of this planet, and the future of our species. It’s a time for truth; it’s a time for science and storytelling and journalism to work together collaboratively. The stakes have never been quite so high.’

Hailing from the Netherlands, Frans Lanting is a renowned photographer and naturalist whose work has frequently appeared in National Geographic, where he served as a photographer-in-residence.

‘Nature can help us overcome the effects of climate change in a much more effective way than anything else. If we invest in nature, in protecting nature as habitats, as forests, as lungs of the planet, then we can save species that are dependent on those habitats.’

Based in New York City and Berlin, J Henry Fair creates imagery and media to explain the science of complex environmental issues.

‘What we see in these pictures are the hidden costs of mining; the detritus from the production processes that make the things that we buy every day, whether it’s electricity, bread or the soda cans we throw away on the street. We are complicit, but it’s a complicity of ignorance.’

Paul Nicklen is a Canadian photographer and marine biologist specialising in the polar regions and their wildlife.

‘Change is happening. A little too late and too slowly, but it is happening and that’s what gives me hope. We know that there’s no other option but to fight for this and I think we are going to win. There is hope everywhere around us.’

Cristina Mittermeier is a marine biologist and activist who pioneered the concept and field of conservation photography, founding the International League of Conservation Photographers in 2005 to provide a platform for photographers working on environmental issues.

‘This lack of commitment to community, this lack of care for the other, is absolutely at the heart of the environmental issues we are confronted with. Inequality and climate change are the two biggest issues that we’re facing.’

Brent Stirton is a South African photographer and a senior staff photographer for Reportage by Getty Images, specialising in documentary work covering global topics including health, the environment and conflict.

‘It’s almost suicidal in terms of our civilisation’s thinking on these issues, but a lot of that’s because people are simply in the process of surviving, feeding their families. Conservation is almost considered a luxury, when it should be a necessity.’

Ami Vitale is a photographer, filmmaker, writer and explorer who tells stories about our fragile relationship with the natural world.

‘We all have the capacity to get engaged and use our voices to make a difference. The messenger matters just as much as the message itself. Each of us can be a powerful voice when speaking to the people in our lives.’

Steve Winter has been a photographer for National Geographic for over two decades. He specialises in wildlife and particularly big cats.

Tim Laman is a field biologist, wildlife photographer and filmmaker.

‘It’s hugely important for climate change that forest stays as forest – all that carbon that’s in there – and the birds of paradise are flagship species that can focus people’s attention on conserving New Guinea’s forests.’

A regular contributor to National Geographic magazine, George Steinmetz’s work has examined subjects ranging from global oil exploration and the latest advances in robotics, to the innermost stretches of the Sahara and the little-known tree house people of Papua, Indonesia.

‘Over the years, my work has turned me into an accidental environmentalist. I never set out to be an advocate for our planet, but I think that if people know more about an issue, they can make choices that will lead to solutions. Our individual choices add up.’

British photographer, designer and filmmaker Richard John Seymour uses photography and film to explore the connections between cities, economies and landscapes in an effort to draw attention to the political, environmental and social issues that stem from human-made environments.

‘In the last fifteen years we’ve produced half of the plastic ever made and in the last twenty-five years we’ve emitted half of the CO2 ever emitted in the history of humanity. Since we’ve had the information that we’ve needed to change our habits, we’ve massively done the opposite.’

Joel Sartore is an award-winning photographer, speaker, author, conservationist and the 2018 National Geographic Explorer of the Year.

‘Human beings are the ones that hold earth’s fate in our hands. We really do need to pay attention and look these animals in the eye. Hopefully then people will decide whether or not the future of life on earth is worth it.’

This is an edited extract from Human Nature, out now. Text edited by Geoff Blackwell and Ruth Hobday, copyright © Blackwell & Ruth.