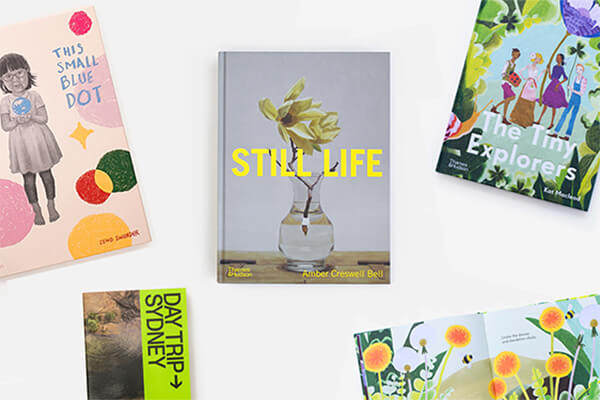 March was a huge month for books, with the winners of the Indie Book Awards announced, the Bologna Children’s Fair returning to an in-person format, and longlist reveals from both the the ABIAs and ABDA. Read on for a round up of our top book news this Autumn.

We are so thrilled to announce that our very own Still Life by Amber Creswell-Bell was name the winner of the Indie Book Award for Illustrated Non-Fiction. The full list of winners can be viewed here.

This year the Bologna Children’s Book Fair returned to an in-person format for the first time since the pandemic began. Among other attractions at the fair was the BRAW Amazing Bookshelf, which showcased 100 books that were greatly admired by the judges and came very close to winning the 2022 Bologna Ragazzi Award.

Included in this this exhibition of publishing gems was This Small Blue Dot by Zeno Sworder, along with A History of Music for Children and The People’s Painter.

The shortlist of the ABIAs will be announced on Monday 23rd May and the winners will be announced at the publishing industry’s Awards night on Thursday 9 June – a red carpet Ceremony held at the International Convention Centre (ICC) Sydney.

Last but not least, the Australian Book Designers Association recently announced the ABDA longlist. This year marks the 70th year of the awards, and we’re so pleased to see so many Thames and Hudson Australia titles on the list, as well as plenty from our distributed publishers. Congratulations to all authors longlisted!